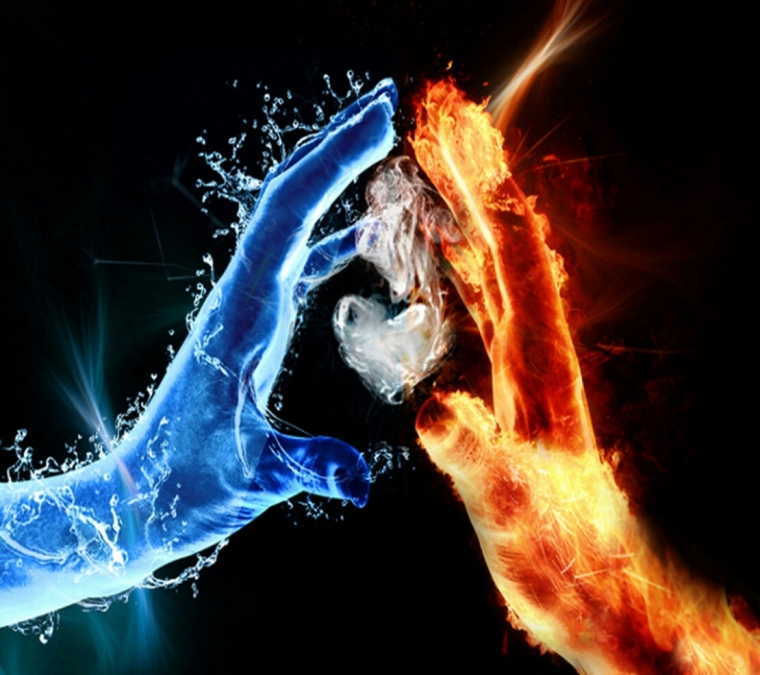 Hindsight is always 20/20. Looking back, Michael definitely knew something was going on with him. He said and did things that I know at least on a subconscious level he realized something was up. Now that I know…would I have done things differently? Yes. I would definitely gotten him into the ER…but I also know he should have passed with the car accident. Archangel Michael saved him that day. We were blessed to have had him another 537 days. It was his time to go…and I know this.

With the accident in March 4th 2015, his body was never the same. He would complain to me that he felt like it was getting worse instead of better. He was very frustrated with his body. I know he was concerned how he would manage with it the older he got. He pushed his body to limits that he never should have…but once he was determined there was no stopping him. He would do what he wanted to do…whether his body allowed him to or not.

About 3 weeks prior to his passing we were at a Benefit, sitting around talking with friends. I didn’t hear the entire discussion…I found out later he was discussing heart disease in his family. What I heard was that he wouldn’t live past 60 years old. I looked at him and said no way…we are going to have another 20 to 30 years together. Michael died Aug 22 at age 56…Our Birthday’s were Aug 25th. 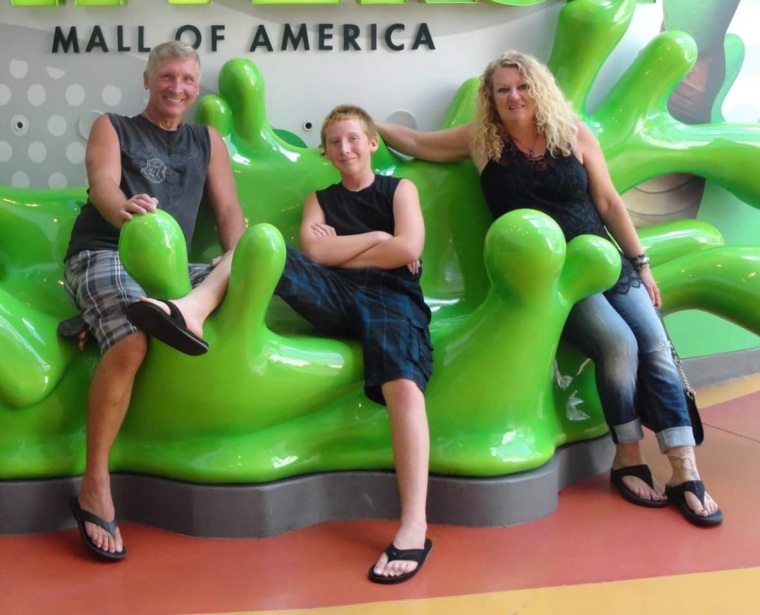 Two weeks prior to his passing we went to MN for my family reunion. His son, Dorian, came with us. They had never met my sister and her family from Arizona. We decided to meet them in Minneapolis, take Dorian to Mall of America for the first time, and spend the night. In the morning we were all eating breakfast at the hotel. Dorian was very curious about the Paranormal activity that goes on in Jerome, AZ…where they own 3 shops. (Jerome was once a booming mining town and the New York times called it the Wickedest Town in the West….lots of mayhem going on!) As Dorian was hearing all these different stories they had to tell…Mike said, “Dorian, when I pass away, I am going to come scare you!” …remember this statement…because I will come back to it.

During the week or so prior to his passing, he complained about a tightness in his chest several times. He was under an extreme amount of stress, so we both passed it as being stress. He never complained about chest pain, but looking back, I am sure he had it…just didn’t realize where it was coming from. As I said in the Beyond the Veil, with My Michael: Part 1, Michael had severe right shoulder pain, constantly. I am sure this disguised his heart pain.

The Sunday prior to his passing, we were having Bloody Marys at a local bar and I got spinach artichoke dip too. I am not a big salt eater…but Michael was…huge. The dip didn’t seem salty enough to me, so I was going to get a shaker and Mike told me he didn’t want any…again…bells were going off in my head that something wasn’t right….just had no clue this man who looked so healthy on the outside….was so not right on the inside (besides what I was already aware of.)

The morning I last saw him, he told me he had blood work test in Janesville to get done…since he hadn’t eaten, he was going to go there. He hadn’t seen his regular physician for months…I don’t know when his appointment was…but these tests had been ordered months prior. I had a closing that day and said my goodbyes….hugged him…said I loved him. Little did I know it was going to be the last time that I saw him. 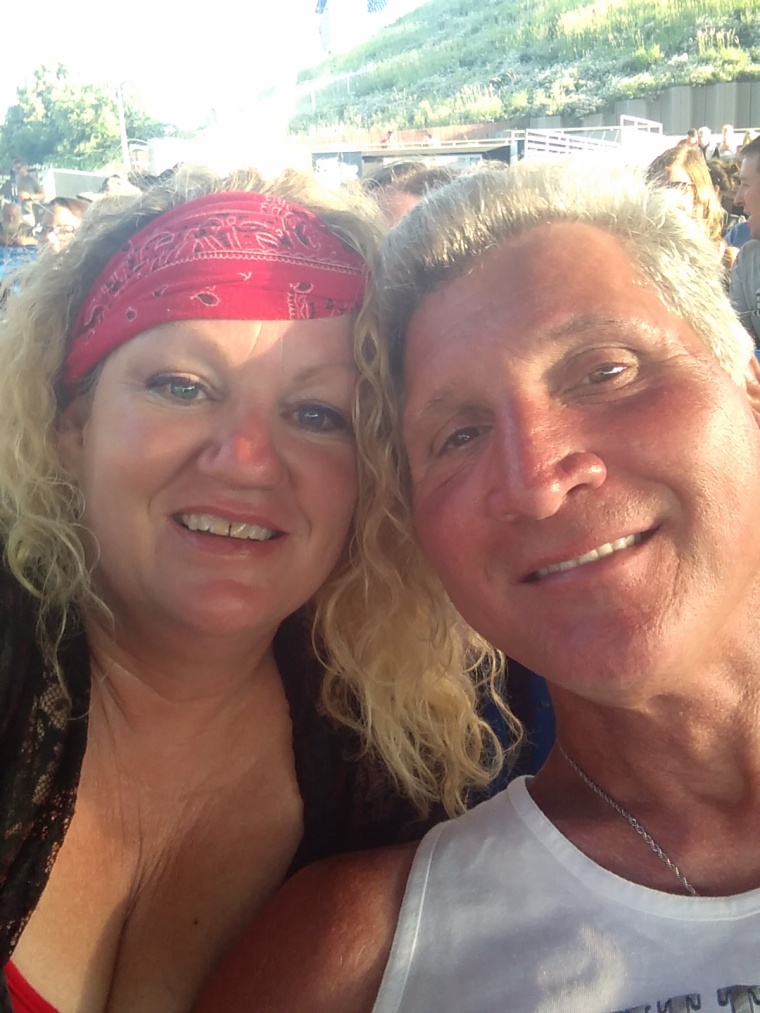 He spent the day goofing around in Janesville after the blood work, met up with a number of friends and just talked, talked on the phone with friends…generally had an easy day…just enjoying. He later went on a short bike ride with Dorian…nothing strenuous…plus he rode his exercise bike regularly. He passed shortly after Dorian left with his mom that evening.

He passed away sitting on his back porch of his farmette, sitting in his favorite chair, feet up on the picnic table….looking out at the corn fields…enjoying Mother Nature. This was our favorite spot. We would have our coffee there in the morning and our glass of wine there in the evening. He actually laid in the hammock the evening before dinner…just enjoying…relaxing.

I found out through a Medium that 2 weeks prior to his passing he was talking to my Angels….(I am the one who taught him about the Angels…how we can invite them to help us in our lives). He was talking to my angels about how he wanted to go….that he knew his time was coming soon…and he wanted to leave his way….She said…he’s very controlling…that’s an understatement. Yes he was/is…but would never admit it! He passed away in a place he built that he dearly loved, by himself. I know he wanted to be by himself because he went so quickly, so peacefully, there would have been nothing anyone could have done to save him. It was his time to go back to God. 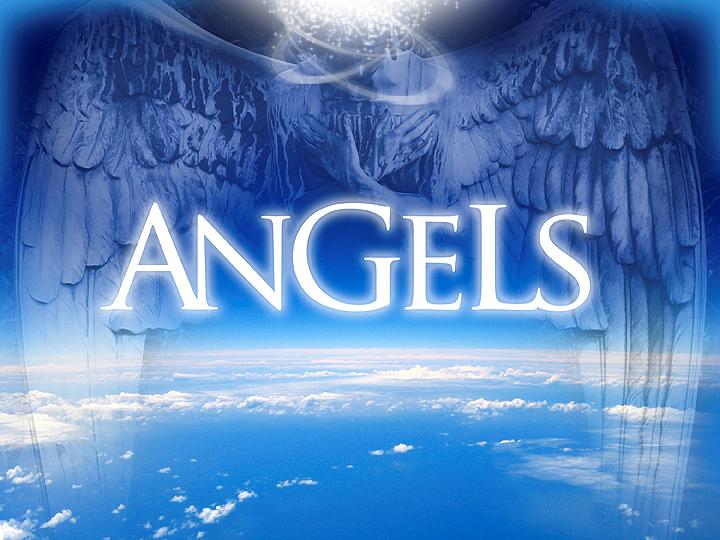 Things happened with him showing up the week he passed and I will get into most of that in the next installment…but remember how I said he was going to scare Dorian….

Michael was cremated, but we had a viewing of his body prior. He was in a small room at the funeral home. Dorian was in there with his mom and sister, I came in with my sister and I am not sure who else was there. It just seemed like it was Dorian, myself, and Michael. Michael was parallel to a wall and hanging on the wall was a bulletin board. Obviously the two of us were extremely upset. After I had gone to my Michael, I turned to my sister, Karen, and said I needed to get out of there. I wasn’t even at the doorway yet and the bulletin board fell down…Dorian was still in the room. The funeral director was very surprised that this happened…it had been hanging there for a long time, with no problems.

Michael has been around and working with energy ever since he passed. I will continue to share stories in the upcoming episodes.

There are several reasons why I am writing this…first I need to, second, so you realize that the veil is very close by and we can connect with our loved ones, and third, love those in your life with all of your heart, let them know, because we never know when our time is up.

Here are the first two posts:

Beyond the Veil, with My Michael: Part 1

I invite you to share your stories about Michael….you can either send them to me to publish, or write them in the comments. He’s a POWERFUL ENERGY….just talk to him…invite him to connect with you

Much love and Many Blessings to You and Your Family…

Heidi Kelley
Spiritual Advisor
the Intuitive Realtor/Healer
About Me
Contact Me!

Michael: Beyond the Veil

Michael: Beyond the Veil